10 Best Places to Visit in April to Kick Start Summers

April, the beginning of the summer season in India, is that time of the year when the sun shines brighter and the flora and fauna gives a sigh of bliss. Although a few regions of India become a little hot during this month, there are some which look immensely beautiful. However, being the start of the new fiscal year and school sessions, there is limited tourism across the country. With lesser crowds, the April trip can be rewarding, and guess what? It will turn out to be pocket-friendly as well.

So go ahead and plan a trip to any of the below destinations now!

Best Places to Visit in April: 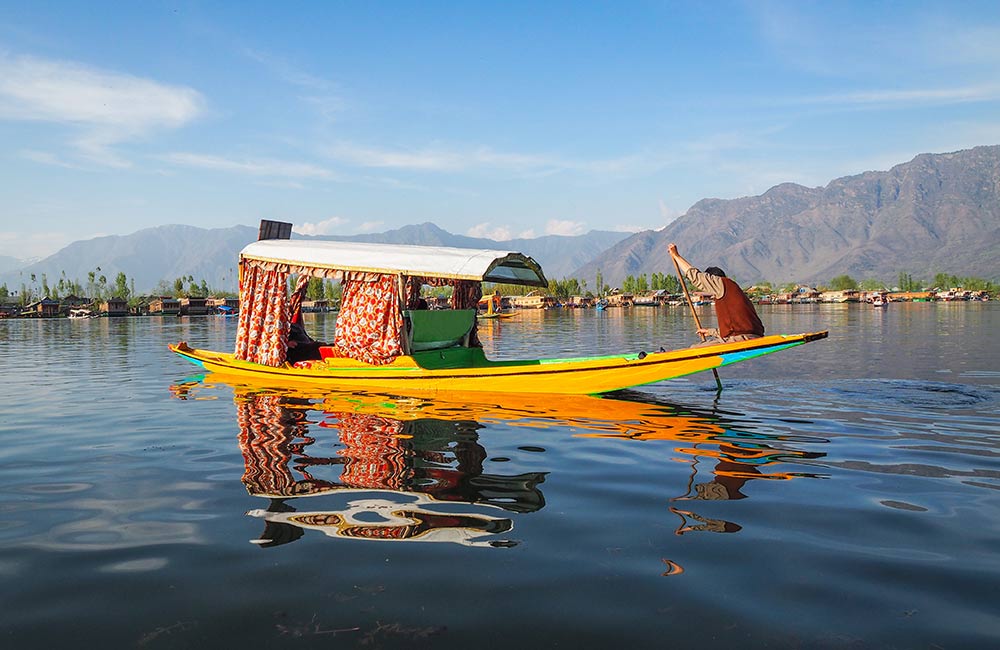 Kashmir is one of the former princely states of India which is adorned with magnificent mountains, tranquil lakes and artistically manicured gardens. The beauty of Kashmir accentuates during the month of April as the snow on the mountains starts fading away and the landscape enlivens by greenery. Referred to as the ‘Heaven on Earth’ by Mughal Emperor Jahangir, Kashmir is an ideal destination to explore with your loved ones in April. 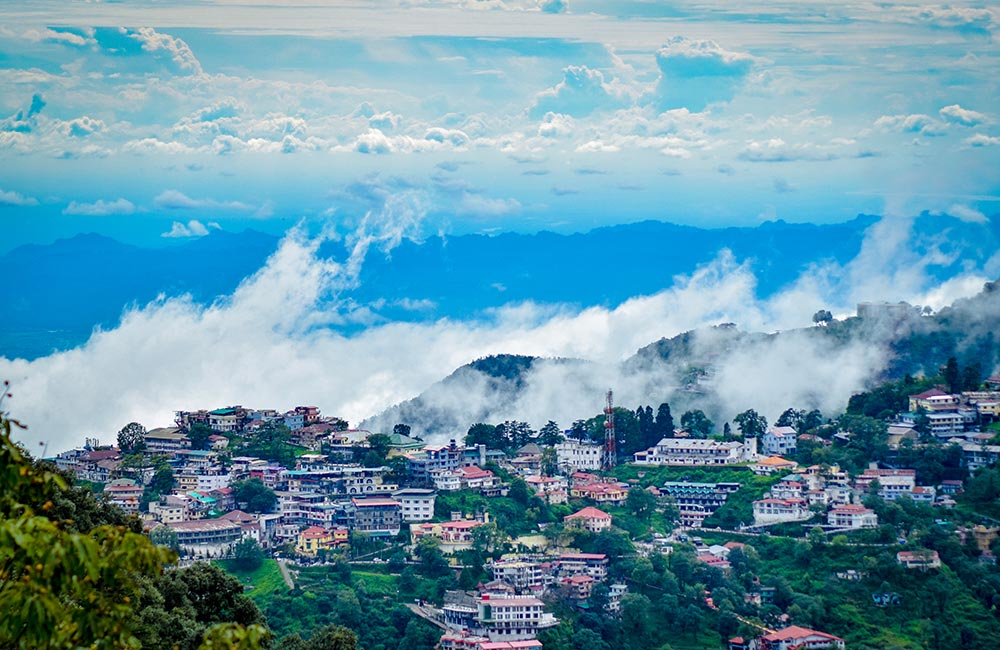 Mussoorie | #2 of 10 Best Places to Visit in April

Mussoorie, the Queen of Hills, is among the top tourist destinations in India. Every year, thousands of tourists swarm this high-altitude town in Uttarakhand for its umpteen sightseeing options including stunning waterfalls, beautiful gardens and quaint shrines. If you want to escape the crowd and explore its various attractions in peace, April is the best to time. 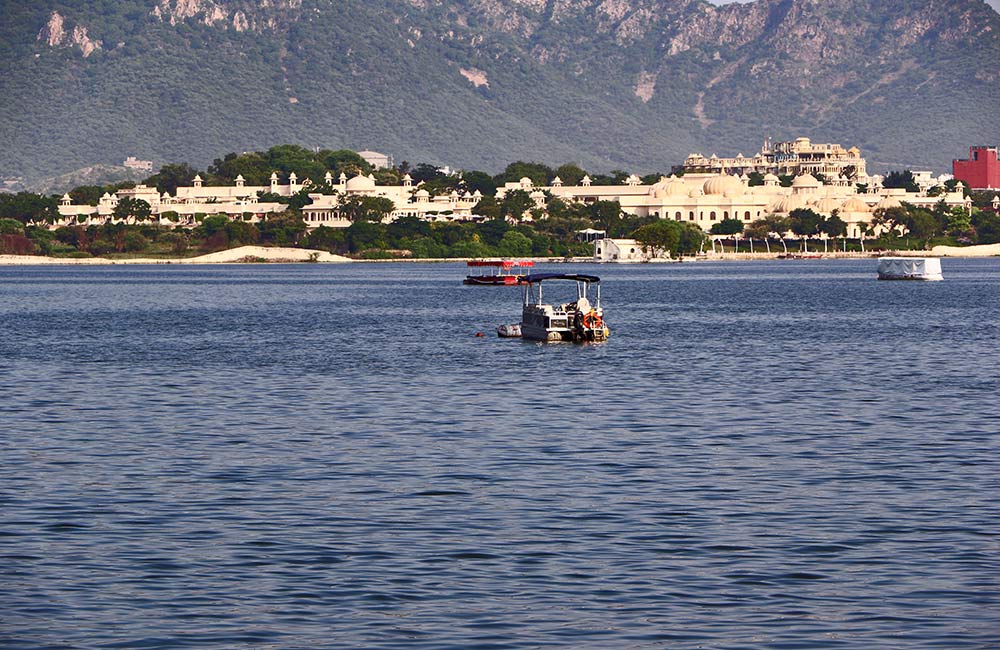 Udaipur, popularly known as the ‘Venice of the East’ or ‘City of Lakes’, is famous for its centuries-old royal architecture, man-made sparkling lakes and well-maintained gardens. The city holds great historical significance as it once served as the capital of Mewar. During summers, the city is immensely sunny and hot due to which it is advisable to visit Udaipur during the winter season. However during April, the evenings are pleasant, roads are less crowded and hotel prices are relatively low hence, you can explore it in peace. 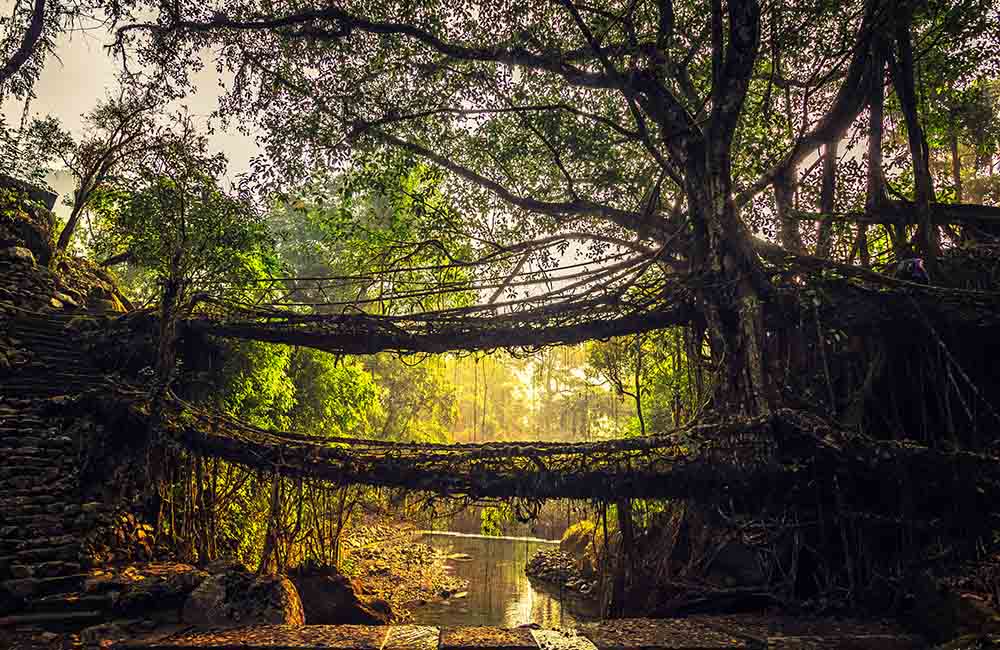 Cherrapunji | #4 of 10 Best Places to Visit in April

Cherrapunji is a scenic hill town nestled in the lush green north-eastern state of Meghalaya. Hundreds of tourists visit this hill station every year for exploring the unique ‘Living Root Bridges’ which are formed naturally by the roots of rubber trees. Flora and fauna is abundant in this town which looks even more beautiful during the month of April. 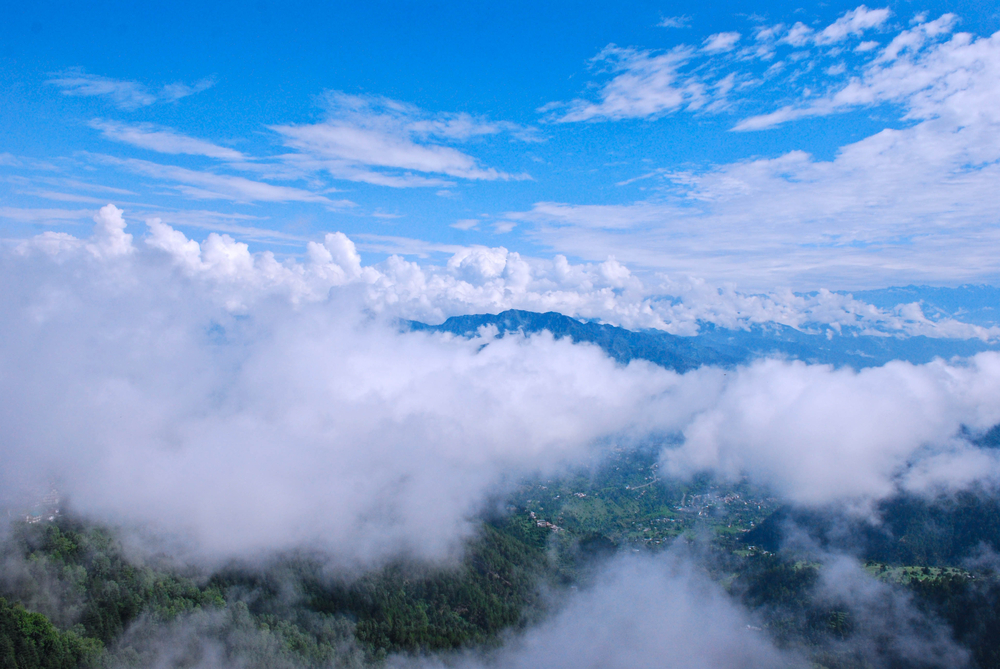 Dalhousie | #5 of 10 Best Places to Visit in April

Amidst the Dhauladhar mountain range of Himachal is the scenic town of Dalhousie which is known for its colonial-era architecture and lush surroundings. Besides peace-seekers, Dalhousie is thronged by numerous adventure enthusiasts for the town offers trekking, paragliding and horse riding activities too. The best time to visit Dalhousie is from March to May. 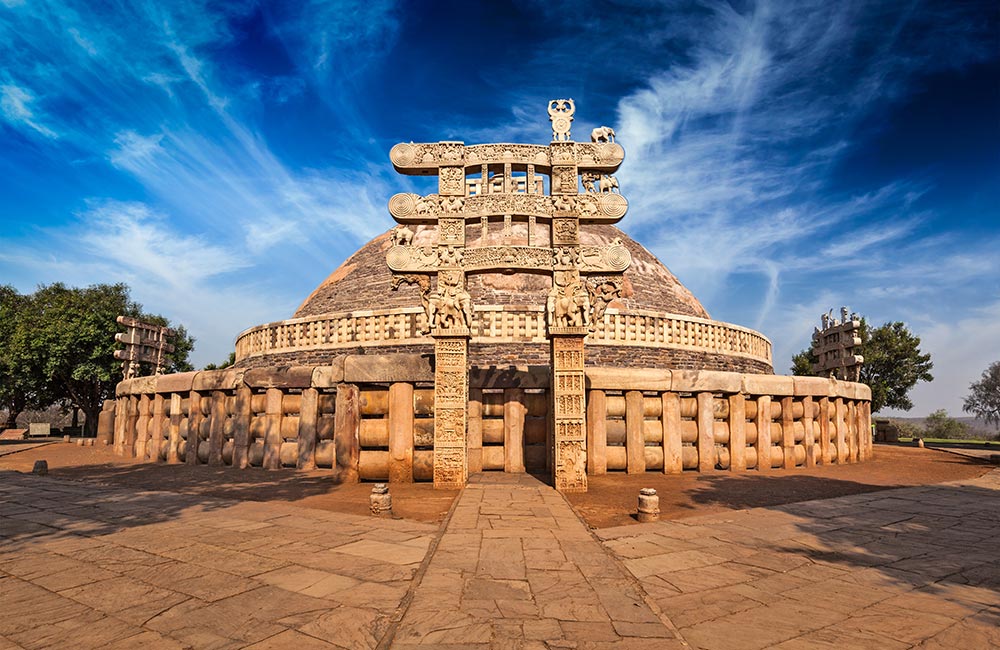 Bhopal, the capital of Madhya Pradesh, is acknowledged as one of the greenest cities in India. Being dotted with several lakes, the major ones being Bhojtal or Upper Lake and Lower Lake, it has earned the sobriquet of ‘City of Lakes’. Although the ideal time to explore this beautiful city is considered to be from October to March, April is also a good time to explore Bhopal as the temperature during the daytime is bearable and the evenings are pleasant. 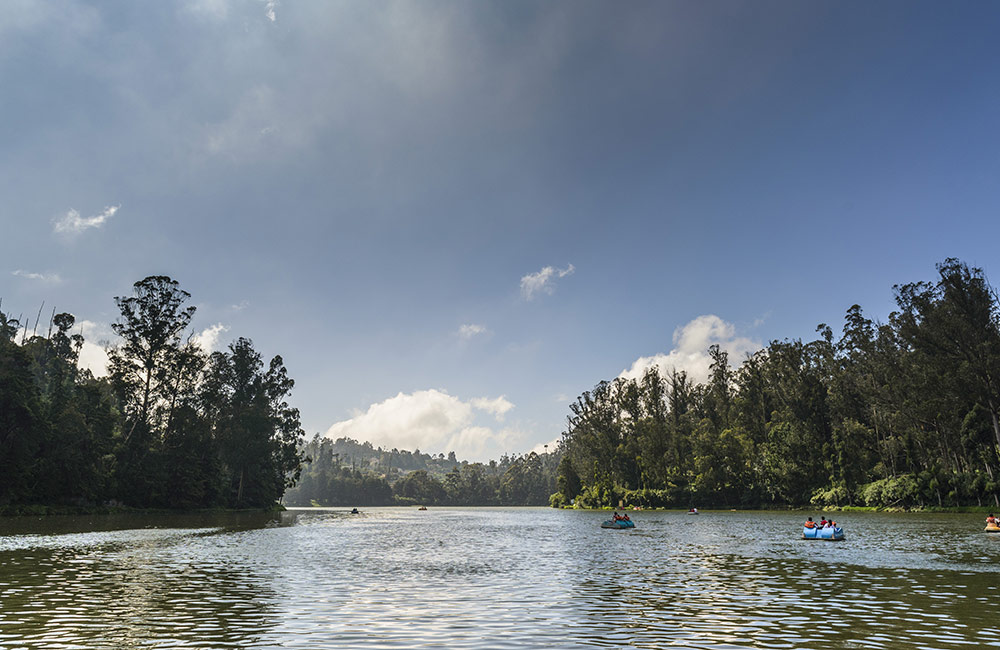 Known for its expansive green tea gardens, magnificent hills, stunning churches and exotic flora and fauna, Ooty is yet another popular tourist spot in India. This hill town in Tamil Nadu can be best experienced between the months of October and June.

For a splendid shopping experience in Ooty, read more! 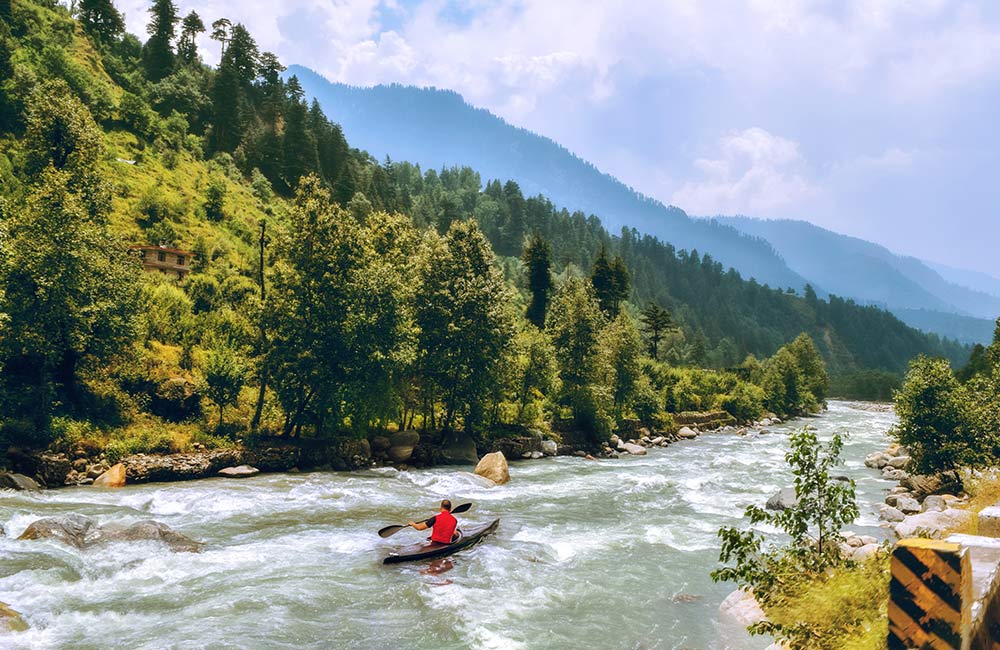 Surrounded by magnificent hills and abundant greenery, Manali is among the top tourist destinations in North India. Numerous travellers visit this hill station every year for delving in its mystical Himalayan charm. While snow lovers prefer December and January months, families plan a tour between May-June. Visiting Manali in March-April is a great idea as there are fewer tourists (unlike rest of the year). 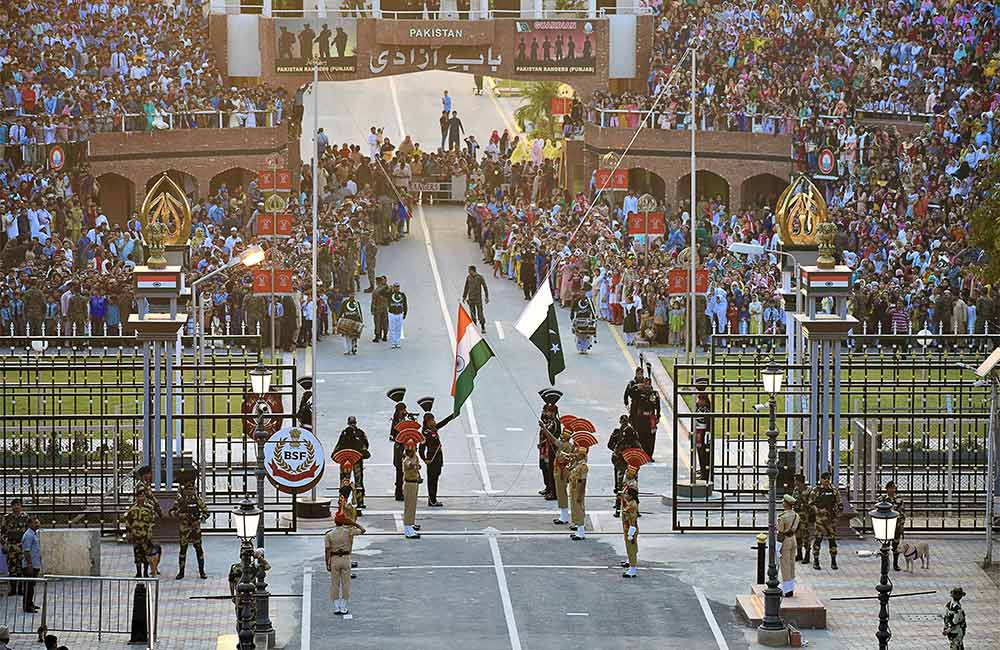 Amritsar is home to one of the most revered shrines of the country – the Golden Temple! Besides, it is home to several remnants of the pre-independent India and handicrafts shopping places, which evoke tourists’ interest. As Amritsar sees extreme winters and summers, April is a good time to explore this holy city. 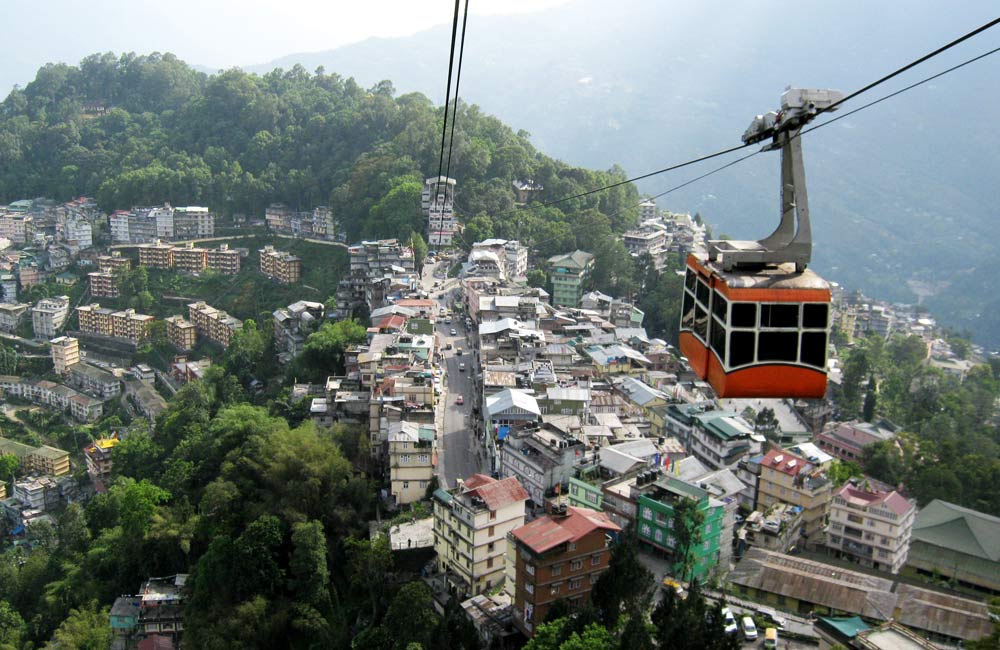 Gangtok is the capital of one of India’s greenest states, Sikkim. Known for its breath-taking landscape, this hill city is on the wishlist of holidaymakers as well as thrill seekers.